Brands are overbidding on campaigns, spending money on campaigns and creative that is not driving meaningful conversion or interaction, and they are advertising to the wrong audiences.

As digital advertising expenditure reaches new records, new research from digital media agency Next&Co says that brands continue to waste ad dollars throughout the Asia Pacific, with more than $137.4 million “wasted” in the January to March 2022 quarter. That amounts to an average of 41% media spend waste, according to Next&Co Digital Media Wastage Report.

The data eclipses digital ad spend wastage in Australia – which reached $134.3 million, or 40%, in the first quarter.

“In terms of how brands are wasting digital media investments, the three key areas are: brands are overbidding on campaigns, they are spending money on campaigns and creative that is not driving any meaningful conversion or interaction for the business, and they are advertising to the wrong audiences,” John Vlasakakis, Next&Co Co-Founder, told Branding in Asia.

The report audited 81 companies with digital ad budgets of between $500,000 to $39 million across a mix of publicly listed, multinational, national, and SME companies.

The data, compiled from Next&Co’s Prometheus proprietary media auditing tool, found that brands in the retail sector will report the most digital ad spend wastage, of almost $32 million. It was followed by insurance at $28 million, finance ($26.5 million), real estate ($19.8 million), education ($16 million), and health ($14.7 million).

Across digital media channels, the most digital ad spend will be wasted on Facebook at $53 million, followed by Google at $45 million, LinkedIn at $28 million, and Bing at $10.7 million.

“It’s alarming to see what are unacceptable levels of digital ad spend wastage in the region, especially as digital spend set to reach $4 billion in Southeast Asia and increasing to a third of all ad spend,” said Vlasakakis.

Across digital media channels, the most digital ad spend will be wasted on Facebook at $53 million, followed by Google at $45 million, LinkedIn at $28 million, and Bing at $10.7 million.

He added that the company has now audited more than 500 brands across APAC, “with all showing varying levels of wastage across industry categories – brands need to become more aware of the dangers complacency breeds. Spending smarter and not harder needs to be the attitude amongst brands of all sizes as this is how scale and company growth can be achieved.” 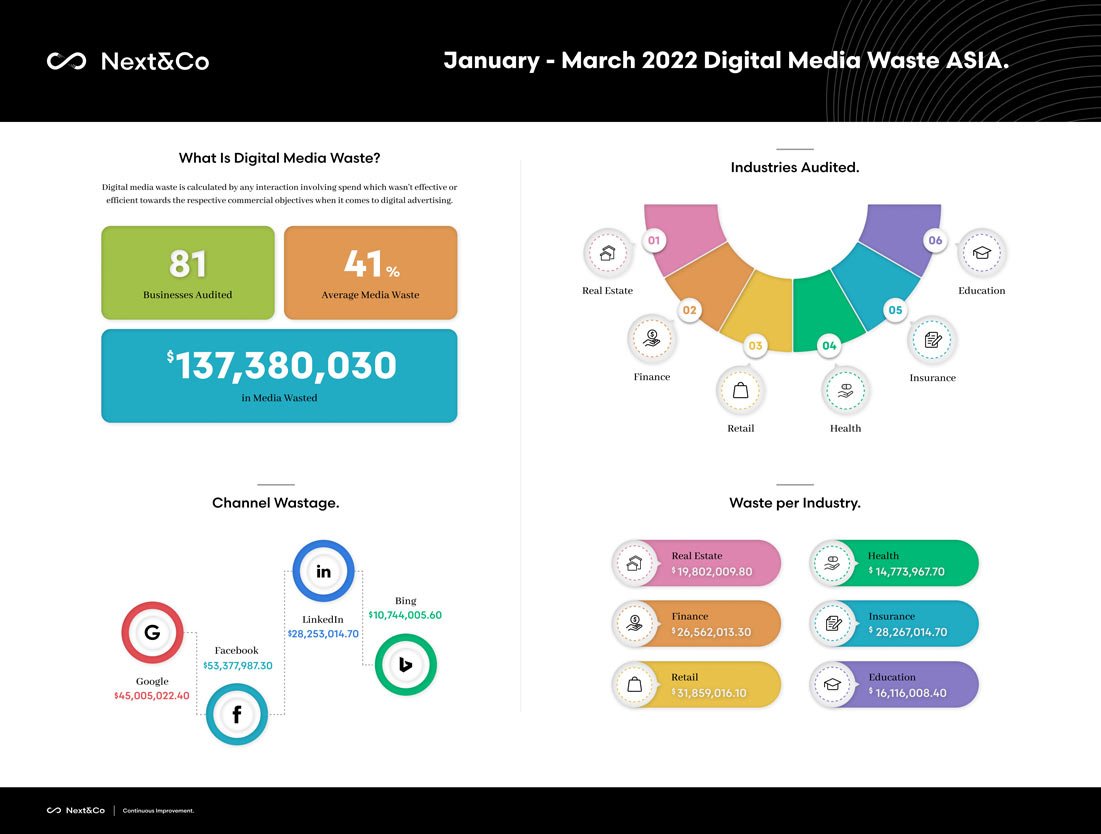 “Procurement also needs to provide more negotiating power to marketing. For example, the fact that one financial services provider had procurement negotiate the cheapest rate but allowed for a clause for the agency to never be audited during their three-year term gobsmacked me, if that isn’t a red flag, I don’t know what is. Digital marketing activity isn’t occurring above board, and they are now powerless to take action.”